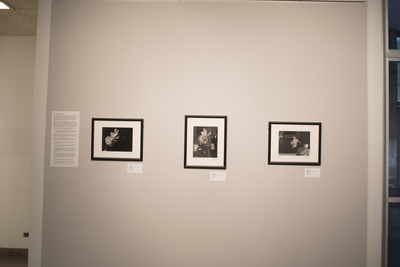 On Monday, May 14th, 1956, just shy of eight months before he made history on the Ed Sullivan show, Elvis Presley shared a bill with The Jordanaires, Irish tenor Frank Connors, the Flaim Brothers and Rick Flaim and his Orchestra, and played two sets at the Mary E. Sawyer Auditorium in La Crosse, Wisconsin. This lineup was intentional and produced by the Colonel (Elvis' Manager, Tom Parker), so that "no other performer who might be considered a rival...appeared.” At this time Time and Newsweek ran stories describing Elvis' phenomenal rise, his first exposure to the glare of national publicity.

In the front row that night, on the cusp of witnessing a historical event, was fifteen-year-old E. Vinje Dahl, with the camera that he had received from his parents the prior Christmas. Dahl had an inkling that he might have something quite special on his hands as he developed his photos to share with friends at La Crosse's Central High School: "I took them to school the next day, and the kids just went crazy," said Dahl. "I think I sold them for a couple of bucks each. I wound up with enough for a pair of water skis. That was kind of neat." (quoted from La Crosse Tribune, December 18, 2000) The photographs were rediscovered by Dahl in 1999, and printed an edition of 1000, one of which he gifted to the Augustana Teaching Museum of Art.