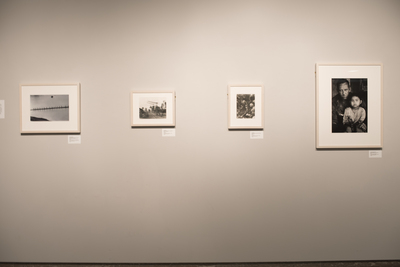 In the present moment, when the veracity of the media is questioned and social media spreads fake news, photography, long championed for its ability to transcend language, can find great power. Words can be twisted and fact-checks dismissed, but photography often carries with it a sense of truth. Photojournalists have time and again confronted the viewer, not with facts and statistics, but with what is seen as visual proof - examples include Dorthea Lange's Migrant Mother (1936), Huynh Cong Ut's Children Fleeing a Napalm Strike (1972), Charles Porter's Oklahoma City Bomb Victim (1995), and Kevin Carter's The Vulture and the Baby (1993). These images, and what they represent are likely crystallized in your mind, by their mere mention. The role of the photojournalist is to transcend language and convey to the viewer a narrative, and understanding of an event, to bear witness and communicate that witness, visually, to the world. These examples of photojournalism, taken during the Vietnam War, provide points into the larger story of the war and the people directly affected by it.