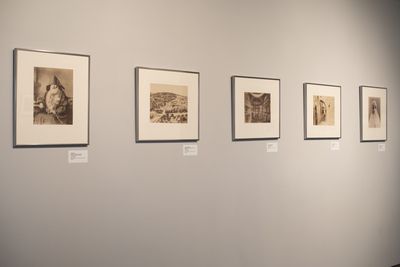 Even before the invention of the Eastman Kodak Brownie camera in 1900 allowed them to do it themselves, tourists were interested in capturing visual mementos of their travels. In the early days of tourist travel, such as The Grand Tour, this often took the form of prints, but soon after photography's invention, the medium played a large role in the capture and dissemination of tourist images, and in many ways the images captured imaginations, drove future iterations of travelers to seek out the same sights. These images reinforced preconceived ideas and stereotypes about people and places, or emphasized particular views or locales for travel. Examples of such can be seen in these examples from an album of tourist photos of modern-day Turkey, and Jerusalem, compiled in the 1870s-1880s.